Friday night Shane's team had it's first home game!!! The rain held off until the final play of the game!!! And then it rained 2.25 inches!!!!!
I finally got a cord for my camera last night, but the pictures here aren't mine. Our friend and Washington County News editor Dan Thalman took these. 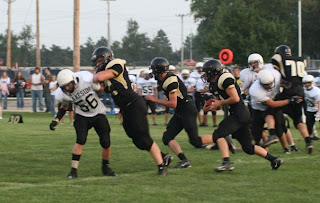 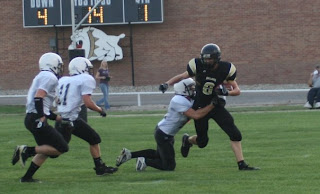 Shane had a crows-nest made for filming. Shane's Dad usually films but since he was in Colorado seeing his newest grandson, someone else had to film. I had volunteered but Shane had one of his injured players do it instead. 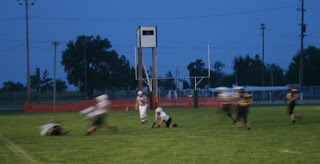