We had another vistor at our house today!!! Cousin Zac(Shane's cousins son) who is a couple months younger than Dylan. He came today and is also coming on Thursday!!
Here they are taking a break from playing. 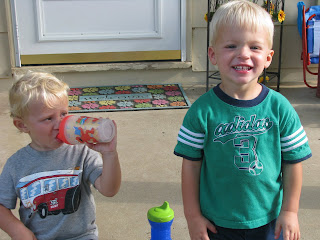 I have a feeling in about 15 years, they won't be drinking milk together!! Ha Ha!! 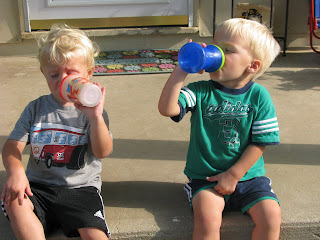 We went into town and played at the park. But, they found some stick that they thought were more fun than the slides!!! 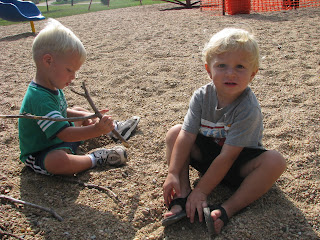 I had a awful time trying to get them to stop and smile for the camera, so I finally gave up!!!