Yep, our last Christmas was at our house last night. I thought it went really well and we all had lots of fun!!!
We started the night off by playing games. Dylan was helping Daddy!!! 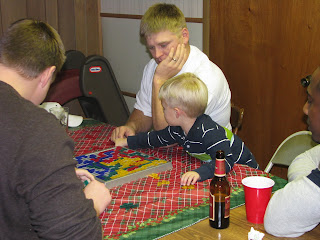 Of course I tried to get a picture of Aunt Eunice eating.......but I thought this was close enough!!! 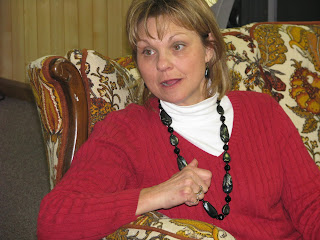 After supper we opened presents. 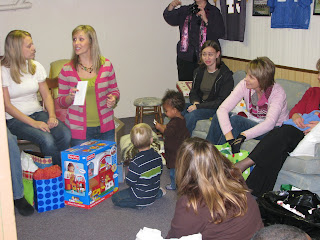 \
And more presents........here is Grandma and Aunt Eunice. Never could get Aunt Bev, as she is always taking pictures also!!! 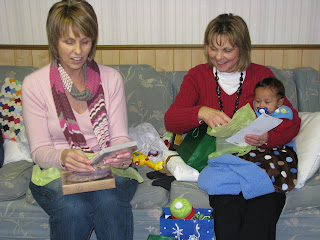 We played 2 big group games, the first one was a guessing game. You have to guess what was in the stocking only by feeling it........Mommy-to-be Jana won. 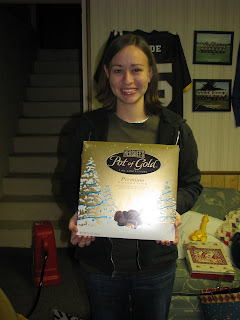 The second game was an opening game. You had to wear gloves and try to get the big package open, Kayla won!!! 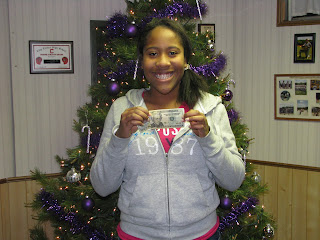 Then we had the cousin get their pictures taken........of course the boys had to act up!!! Cousin Derek, back row in the blue shirt is a hoot!!! He always keeps the mood pretty light!!!:-) 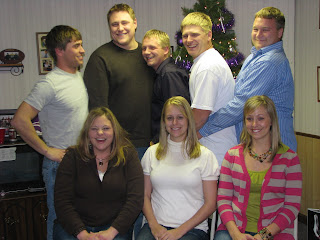 And of course our favorite girl Rachel came!!! 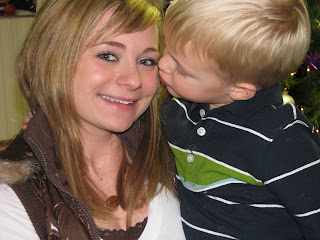 And Dylan had a great time playing with cousin Amillia again!!! 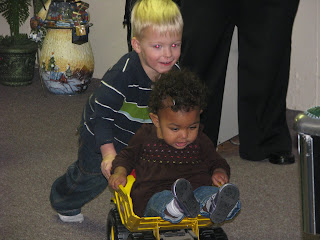 Seems werid now that Christmas is over and the tree is down. Now I just wish the snow would melt and it would warm up again!!!!!!!!:-)
Posted by Ann at 1:08 PM