So I'm stealing the Food on Friday idea from Aunt Kelli!!!
Last night we had Chicken Enchiladas and I actually took some pictures(I always forget this part), so I thought I would share this yummy recipe!!
First brown your chicken and get it cut up really good. And then add some Chili powder and onion(I didn't add onion, Dylan doesn't really like it but I also though the chili powder might have been too much also). 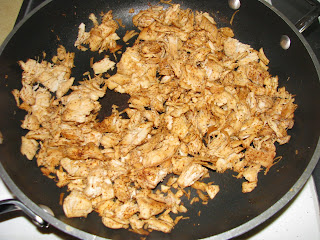 Then in a bowl add 1/2 cup of sour cream, can of cream of chicken and 1 small can of green chilies. 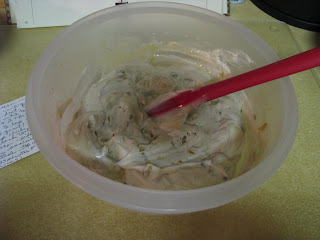 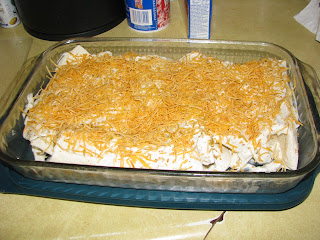 The other night Dylan and I made some home-made salsa. It's been awhile since I made any. I wish I would have taken pictures but didn't think about it until I was done. It's so easy to make.....take a can of tomatoes, a onion, can of rotel, salt, cumin, and some garlic salt(I even threw in some jalapenos) and put in all in a food processor and you have salsa!! I don't measure anything. We just throw and taste!!! Dylan threw a LOT of salt in and quite a bit of cumin also. Shane thought it was the best we had ever made!!! 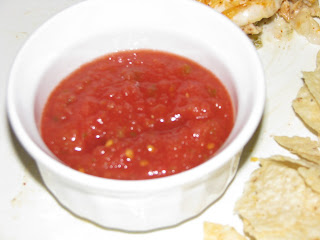 And my little helper also helped me make these bars last night.....
1.5 sicks of butter
2 cups brown sugar
2 eggs
mixed and then add
2 cups flour
1 tsp. baking soda
1/2 tsp. salt
1 tsp. vanilla
Mix together and fold in 2 cups of otmeal and spread in a greased 10 X 15 pan. Sprinkle chocolate chips on top. Bake at 375 for 10-15 minutes. So easy and so good. Dylan was an excellent helper!! 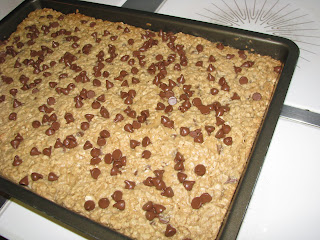