My neices Kennedy, who is 4 and Gentry who just turned 2 in Jan. were up at Grandma Walleta's this week for spring break!!! Shane is gone this weekend for a coaching clinic so Dylan and I invited the girls up for a slumber party at our house!!!
Here they are last night!! 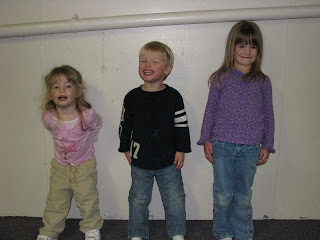 Gentry brought her bike to ride in the basement. She does really good on it!! She is just such a doll!!! 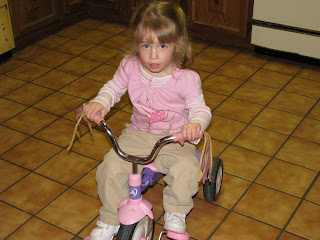 Here they are eating supper.....hot dogs and mac and cheese....one of Dylan's favorites. 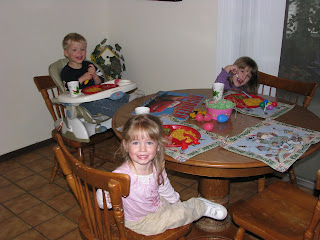 Here is what they did most of the night.....rode bikes around the pool table in the basement. They had a great time. Gentry was is in the background, she shot baskets for quite awhile and watched her crazy sister and cousin!!:-) 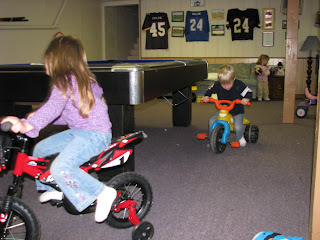 Thursday it was 65 and sunny. Dylan and I went to the zoo in the morning with Grnadma Walleta and her kids and then played at the park in the afternoon/evening.... 24 hours later this is what it was like outside!!! Crazy!! 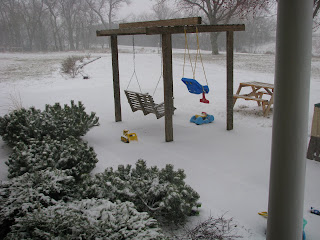