I think it's so much fun to look back at years past. So this week I gathered up some old Halloween pictures.
Here is Dylan's first year in 2007 trick or treating!!! He was a hotdog!!! So cute. 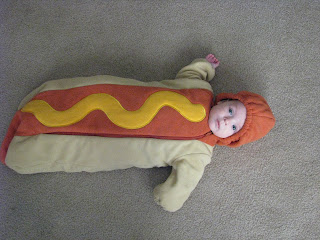 Last year didn't go so well. He hated his costume. I think it was super cute!! Our friend Brillion borrow it for this year. 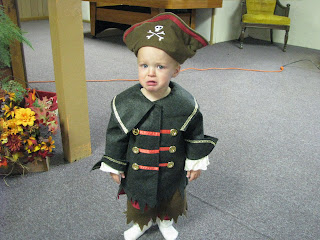 Here is one of Shane with his sisters when he was 6, I think it said. And of course he was a football player!!! 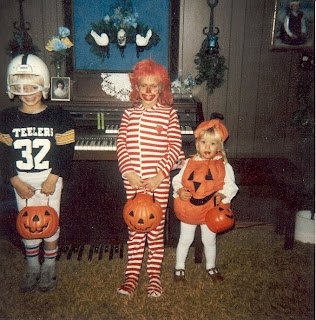 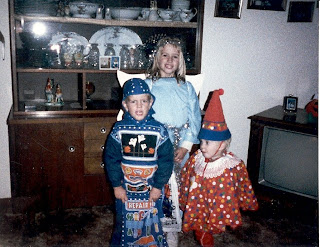 This last one if of Shane and his roomates from college. They made their costumes out of trash cans. They spent many hours and lots of beer making these. The even won $500.00 at a contest at a local bar. They were so proud of these!!! 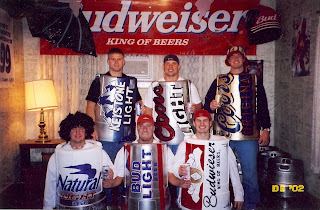 Hope you all have a safe and happy Halloween!!!
Posted by Ann at 7:24 PM