Shane had meetings in Chicago a couple days this week so him and I headed up there, while Mr. Dylan stayed home with The Grandparents and also the Hays. We had such a wonderful time in Chicago but missed Dylan.
The first night there but took a walk down by the river. Here is a picture of the waterfall.....it was just beautiful in person, this picture really does nothing for it. 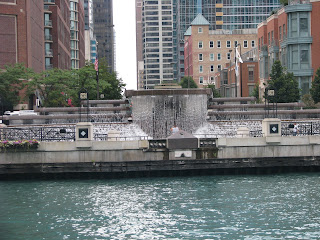 We walked down to the Navy Pier then. We usually go to Chicago in December. I would really perfer to go again in the summer time!! So much more to do and the temp. was right around 70 the whole time we were there!!! 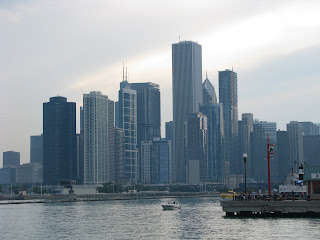 The company that we had the meeting with took us out in a limo that night and we bar hopped!!! It was so much fun!!! 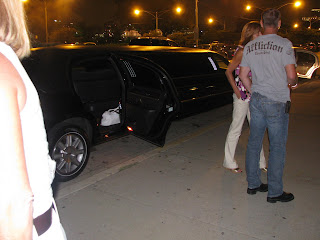 Here is a picture of Shane with some of the guys we went out with. So strange that the guy on the far left graduated from the same small high school that I did and knows my Dad!! Weird that I ended up with him in a limo in Chicago! 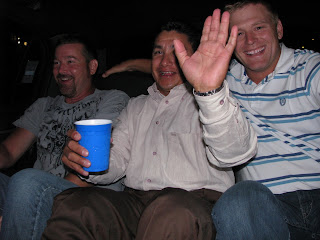 The next night we went on a dinner cruise!!! Oh the boat was so nice and the food was good!! My mashed poatoes were to die for(Shane always makes fun of me when I say that)!!! But they were super good!! Of course I forgot my camera that night...darn it. They also had fireworks at the end of the night! So this picture is the one that the people took on the ship...not the best picture but the only one I had from the night. 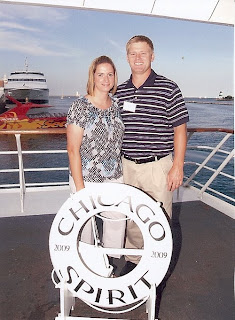 What a great trip. We had a blast but were happy to get home to Dylan and can't wait to take him along to Chicago someday!!
Posted by Ann at 9:01 PM